are hybrid tomatoes good to grow 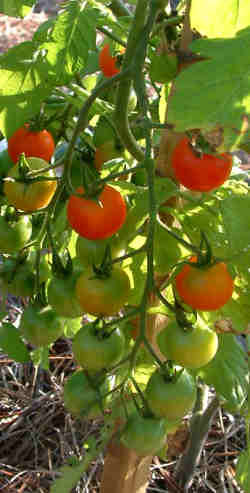 Hybrid tomatoes sometimes get a bad rap. While I will agree that most heirloom tomatoes have a better overall taste, let’s face it – any homegrown tomato will taste better than one from the grocery store!

So why are hybrid tomatoes looked down upon at times? Are they truly worth growing? And what makes a hybrid different from an open-pollinated tomato?

What Are Hybrid Tomatoes?

As you probably know, a hybrid is a cross. The hybrid tomatoes are simply crosses between two different varieties to create a third.

Another reason for a cross might be to create a tomato specifically for a very warm or very cool climate.

Here’s something important to note; if you plan to save seeds from your crop, don’t bother with a hybrid. This is because the seeds can resemble the “grandparents” more than the parent plant — in other words, they might be great or they might be tasteless. The magic only happens when the two varieties are combined.

(On the other hand, an open-pollinated tomato is a stable cross over many generations and reproduces itself.)

I’ll be the first to admit that most hybrids aren’t as sweet as most heirlooms. But if all you’ve ever had are the plastic-tasting tomatoes from the grocery store, a homegrown hybrid tomato will taste like heaven!  Still, the hybrid cherry tomato Sungold is just about unbeaten for sweetness — by either hybrid or heirloom!  And you can see my Supersweet 100 plant in the photo above — those were tasty cherry tomatoes.  😀

on my list of tomatoes to try this summer, when I grow most of my hybrids.

I live in South Florida, and our summers are brutal here — strong sunlight, very hot and very humid. The combination isn’t great for setting tomato fruits, but is just right for bacterial and fungal diseases. When I grow tomatoes in the summer here, I need the extra properties of the hybrids to keep me in tomatoes!

But if you live in a cool, short-summer climate, you’ll likely be wanting a hybrid that is bred for a cooler climate. An early-season tomato variety bred for cooler weather, like Early Girl

. Most heirlooms are later-season plants, and won’t grow fast enough in a short-summer climate.

A good percentage of determinate tomatoes are hybrids, and if you want most of your tomatoes ripe at the same time (like for preserving), then determinates are what you need.

If you plan on growing tomatoes, I suggest that you grow hybrids and heirlooms. Try them both and see what you prefer and what grows best in your particular climate. Like me, you may end up growing both!

Here’s to homegrown tomatoes, no matter what variety!