My First Big Tomato of Spring (And Updates) 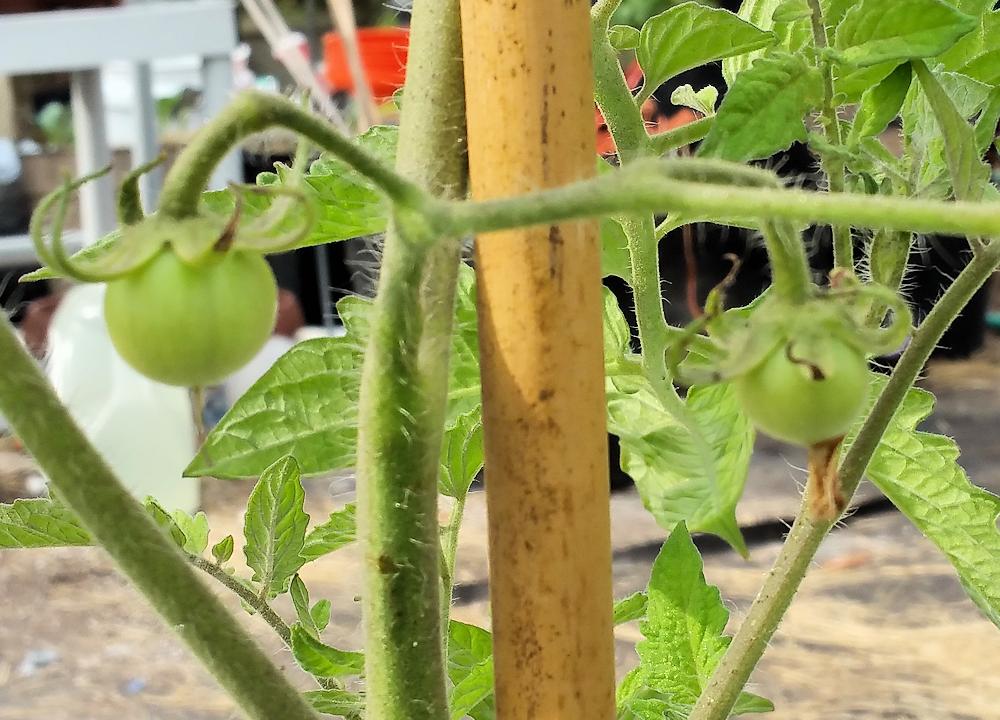 I already had some small-sized tomatoes in my Winter/Spring garden and I  mused on which of  the larger tomato variety would set fruit first.  I speculated it would be between Big Boy and Early Girl.

Big Boy had blossoms open first — but Early Girl managed to set the first fruit!  (She just kinda snuck right in there.)

I have some surprising (to me) updates.  And yes, I do plan to have a video walk-through, but I thought I’d wait until I actually had a little more going on — it’s always nice to be able to show larger tomatoes, rather than have to get super-close for the itty-bitty ones.

My first update is that I have my Isis Candy cherry tomatoes in the garden — I finally got around to taking them off my windowsill and into larger (temporary) pots in the garden.  I actually ended up with four plants, instead of the three I mentioned before.  But — I still do plan on an experiment when they get into their final homes.

The experiment involves two new humic acid products — TeraVite and Extreme Blend.  I keep hearing that humic acid will help your plants (of all kinds) grow bigger, stronger, etc.  So — may as well put them to the test!  I was only expecting three I. Candy plants to grow large enough, soon enough.  But…with four plants, I may throw in another test — one plant may get Miracle-Gro (I have a ton of it leftover, so may as well use it up) and the final plant will be the control. 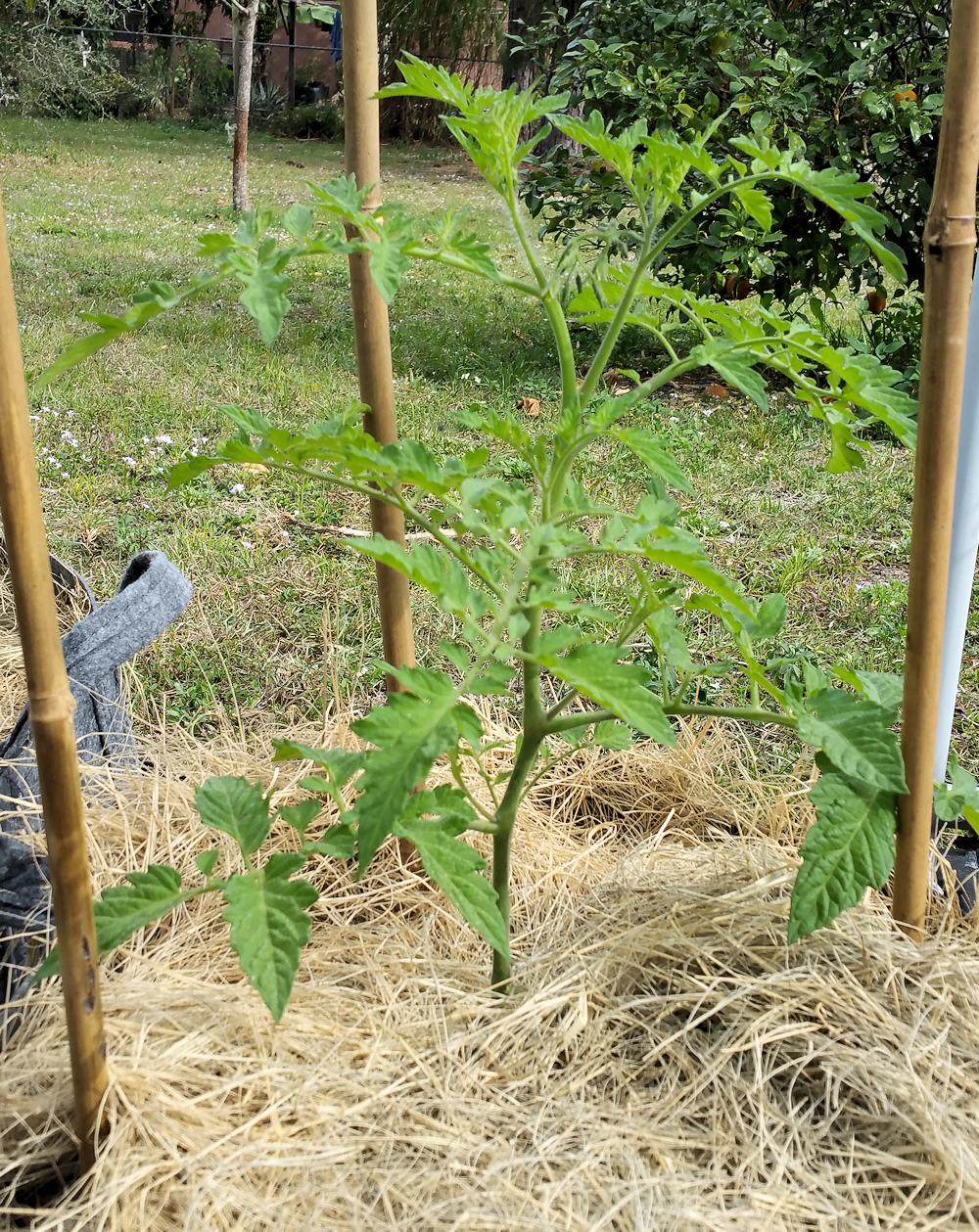 I mentioned previously that my Black Cherry tomato plant was just languishing — wasn’t dying, wasn’t growing — just looking like it did when I planted it.  Of course, a couple days after I said that, what do I see?  The plant has taken off!  It was so sudden that I wondered if someone had come in the middle of the night and put a new plant in its place.

(The “secret sauce” is worm compost tea, which I’ll talk about in another post.)

Another surprise was Big Beef.  It had been going gangbusters, until I had to transplant it to another pot (which had been invaded by fire ants).  It seemed to be OK at first, then just stopped in its tracks.

I guess the worm compost tea did some magic on it as well, as I see a small ‘mater on it — woo hoo!

I am very much looking forward to having some homegrown tomatoes.  I have some lettuce growing (which has been delicious), but I need some delicious tomatoes, too!  It’s hard to wait, but with any luck, the first of the cherry tomatoes will start ripening within about 10 days.