You might be asking, “why grow my own tomatoes when I can buy them fresh at the farmer’s markets?”. And it is a good question. Here’s a little story about my latest venture to a farmer’s market. 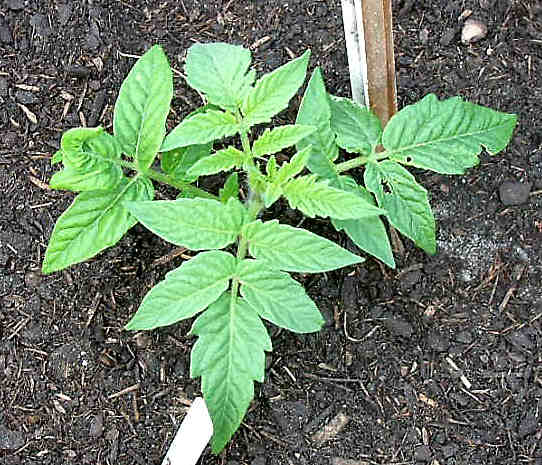 I was looking for tomatoes (since I planted late don’t have anything ripe), cucumbers, strawberries — foods of that nature. Strawberries I found, and they were fantastic! Cukes were OK. But tomatoes…were plastic-smelling. They didn’t seem to be any different than what was sold in the grocery store!

So I got into a conversation with a few of the vendors, and they admitted that they buy tomatoes from a common grower, who also supplies the local grocery stores. Tomatoes are picked green, held in cold storage, then when needed — gassed to “ripen” quickly.

Growing Your Own Vine-Ripened Tomatoes 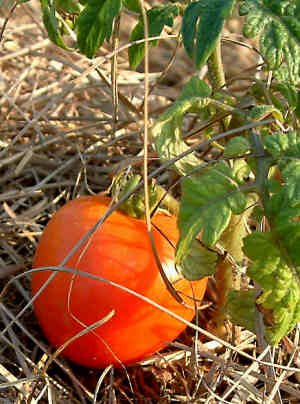 So it seems that unless you have a U-Pick-It type farm in the neighborhood, you won’t have access to honest-to-goodness vine-ripened tomatoes. Unless, of course, you grow your own.

And really, you don’t need a lot of room to grow a tomato plant; you can even do it in a 3-gallon container! So even if all you have is a small balcony, you have room for really fresh tomatoes.

I’ve even heard of people who have grown their tomato plants inside the home, in a sunny location. Of course those were the miniature cherry-sized varieties.

Even though I have a lot of room to grow my plants, I do like to grow some in containers. I’ll tell you a story sometime about how growing tomatoes in the ground in Summer and Winter have been disastrous for me. For now, suffice to say that it’s better for the plants if I can move them around if needed.

I like trying out different kinds of tomatoes (not to mention other veggies) and my favorite all-around seed vendors for tomatoes are strangely enough a tie between Amazon and Tomato Growers Supply.  Amazon has a wider variety, but Tomato Growers Supply has more information about the varieties it does carry.

Which is best?  That decision I will leave up to you!